Those impossible colors exist | Be there & remember the vision! 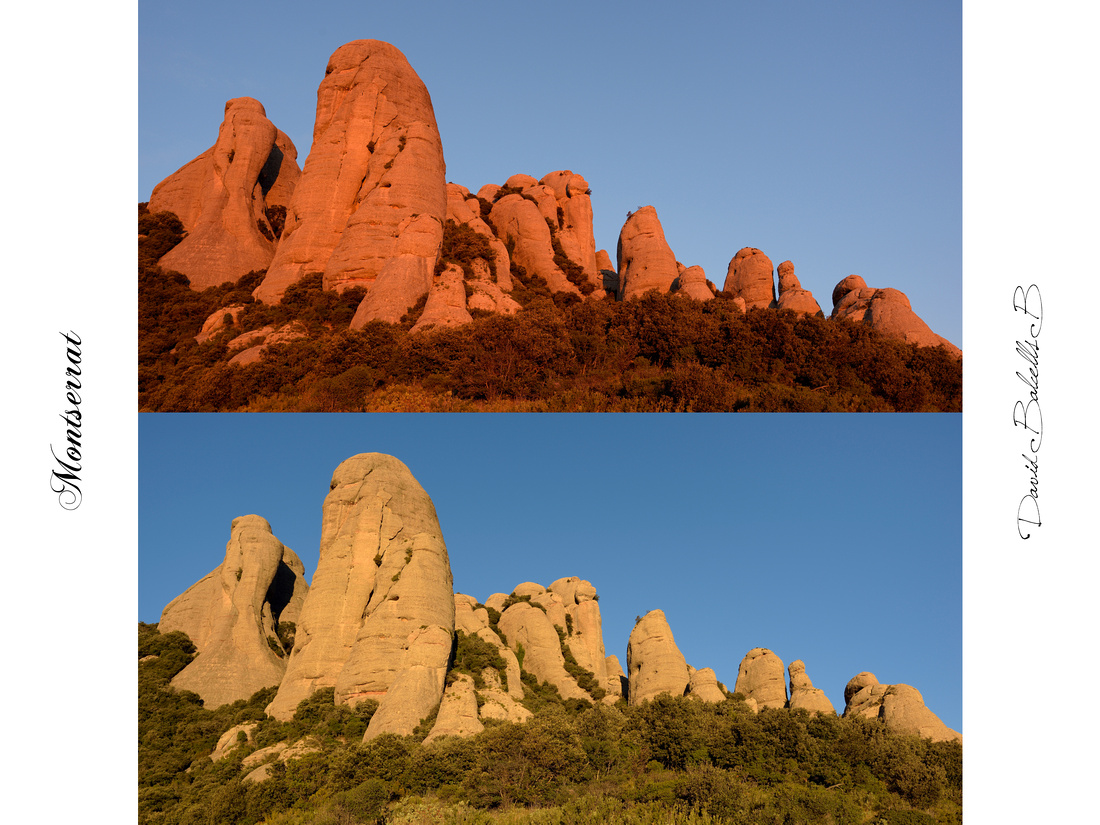 Sooner or later you find that person: "Oh, these colors are impossible; I've been in that mountain multiple times and never saw them; they must be faked in Photoshop". And then, after a few simple questions, it becomes apparent that this person has never been at the viewpoint-date-time coordinates at which the photo was taken.

I get up very early in the morning to do my sunrise photography in the mountain of Montserrat. It can be hard, specially when you enjoyed some late social life the day before or when your kids did not cooperate during the night. In the summer, the alarm goes off at 4:30 AM. Who else is doing this? From my experience, the answer would be: nobody almost. In fact, these are the two tings that I enjoy the most when I start climbing the mountain in the dark: 1) the purple sky (rare, but it happens sometimes, mostly in the winter; I think it is related to the Alpen Glow phenomenon) and 2) the silence (very often Montserrat is empty of people at sunrise; quite impressive for a mountain visited by more than 2 millions tourists every year).

The photos of this post were taken at and shortly after sunrise in a place known as Pla de la Trinitat. It is at the base of the beautiful organic monoliths known as the Elephant and the Mummy. The orientation of the rocks is excellent - in the winter, they point straight to the sunrise point. In the top photo, as the day starts, a strong contrast between the cold blue sky and the warm orange rocks develops. The stronger the contrast, the more unreal the scene looks. There is another color-moment that I missed in this session due to thin clouds covering the Mediterranean coast. It happens right before the time = zero moment of the sunrise, when, for a few minutes, the Alpen Glow paints the rock with a pale pink color. In the bottom photo, just 30 minutes later, most of the contrast is gone, though the colors are still nice. Later in the day, by mid-morning and noon, the rock turns blueish grey.

Color is a very complicated matter in photography. First, it depends on brain perception, which can be significantly different for each person. This is rather interesting because, as a physical phenomenon, it can be accurately measured in an absolute manner with the wave lengths of the electromagnetic radiations constituting the light. Human color perception depends on many different variables that can combine in infinite ways: light source, colors around the color of interest, mood, etc. An added point of complexity is how the sensor-lens combination of the camera captures the colors. In this regard, the performance of digital photography equipment has increased enormously during the last 15 years. The plasticity, light-wideness and color-depth of the RAW files delivered by my Nikon D810 with either Zeiss or Sigma-Art glass is simply brilliant and unthinkable a few years ago.

When I am in the mountain taking photos, I am super-focused on what I am seeing - recording the vision in my brain. Because, if well exposed, the RAW has that vision inside. It just should be released, with patience and, often, by combining multiple but soft parameter adjustments. One should be obviously careful at this stage. It's easy to overdo and, then, the this-must-be-Photoshop-person will have a point. So it's all about keeping that vision and knowing how to recover it.

So don't be afraid of those impossible colors. Just be out there when they happen and be prepared to enjoy { and remember } that unique vision that Nature is delivering to you; very often, for your eyes only!

Keywords: |, be, colors, exist, impossible, just, prepared, there, those, well